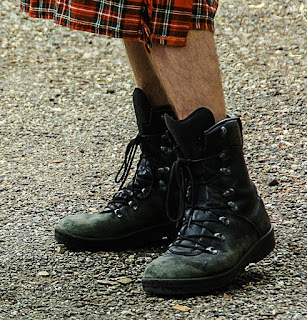 Last week the Department of Justice (on behalf of its client, the EEOC), filed a brief asking the Supreme Court to conclude that “sex stereotyping by itself is not a Title VII violation.”

So I’m a 21 year old female. I feel like I should say these thing about myself because these are usually what people ask or say when they find out I rarely shave my legs. I’m straight, I’m very feminine, and I just don’t like to waste my time or money on shaving my legs. Also I’m not a hairy person at all! …

[T]oday I had to go into the office to grab some materials and my boss was there in his office so I stopped to say hi before I left out. …

My boss then proceeded to tell me that a few people complained I didn’t shave my legs and they said it went against company policy that I wasn’t being hygienic. I was even more shocked.

I cannot fathom a Title VII under which an employer can enforce a workplace rule prohibiting hairy legs against women but not men. Yet, that’s the world in which we might live if the Supreme Court legalizes “sex stereotyping.”

The DOJ argued in its brief that “sex stereotyping is actionable only to the extent it provides evidence of favoritism of one sex over the other,” and that it “does not excuse the plaintiff from the fundamental requirement of proving that the defendant treated members of one sex less favorably than similarly situated members of the opposite sex.” Otherwise, says the DOJ, “countless sex-specific policies would be per se unlawful as based on sex stereotypes, “ such as a “dress code that required men to wear neckties.”

But isn’t that the very point of prohibiting sex-based stereotypes at work. The stereotype itself is the “evidence of favoritism of one sex over the other.” It is the proof that the employer “treated members of one sex less favorably than similarly situated members of the opposite sex.”

An employer that prohibits women, but not men, from wearing neckties is acting on a sex-based stereotype that a necktie is men’s attire, and not women’s attire. Similarly, an employer who requires women to shave their legs, while letting men grow it au naturel, acts on a sex-based grooming stereotype for no reason other than gender. The application and enforcement of a sex-based stereotype to the detriment of one sex over another is the “evidence of favoritism of one sex over the other.” No other proof should be necessary.

I am hopeful that the Supreme Court does right by LGBTQ employees and holds that Title VII’s prohibition against sex discrimination implicitly covers LGBTQ discrimination. If, however, these cases go the other way, I pray that the Court does not take the DOJ’s bait and rewind women’s rights by five or six decades.