Can an employer ask an employee to stop groaning in pain all the time if she refuses to seek medical treatment? 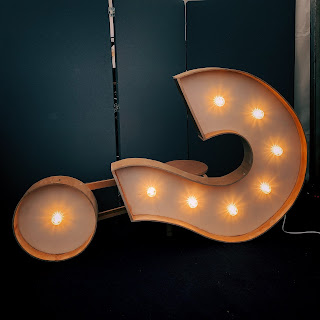 Last week I received the following email from Alison Green, who writes the entertaining and informative blog, Ask a Manager.

I’m a huge fan of your work, and I wonder if you might be willing to weigh in with a legal perspective on a letter I’d like to print at Ask a Manager. If you’re up for it, I’d be delighted to print your thoughts, along with a link to your website and book (and anything else you’d like me to link to) in the Ask a Manager post where I tackle this letter. I’m not sure if this is something you do or not, but I’m hoping you might say yes!


My response: “Right back at’cha on the fandom. Happy to share my thoughts for your readers.” (When an email starts with, “I’m a huge fan,” it’s hard to say no.)

One of my employees, “X,” has been having pains that I won’t specify for the sake of anonymity. Many months ago, X went to their doctor, who then referred them to a specialist. It turns out that the condition is degenerative but can be managed quite successfully through physical therapy and occasional steroid injections. I happily made several doctor-recommended accommodations and alterations to X’s workspace, at the expense of the company, to make the eight hours a day they spend here more manageable.

X went to several weeks of physical therapy sessions — which I gladly gave “off the record” time off for — but then stopped going because it turns out physical therapy “isn’t really enjoyable for me” (is it for anyone?). X also stopped doing the steroid injections, which they said was because they hated waiting so long each time they had to go in.The employee had shown marked improvement and relief during the time they were being treated. All this is info that was very openly volunteered to me.

Now, for the past three months since they stopped treatment, everyone in our office — myself included — has been subjected to near-constant moans and groans of pain. The worst is in the morning when X shuffles in and groans with every step taken. I’ve had several coworkers come to me with complaints from others in the office saying that the constant groaning is taking a toll on people’s sanity. I would probably count myself among them, with X sitting just outside my office. I can just about guarantee that the decision to stop treatment is not financially related because I know a) how much they make and b) that they are on our 100% funded health insurance plan, which covers physical therapy at 100% after a very low deductible (like one visit’s worth) and these occasional steroid treatment office visits at 100% and a $20 copay.

Side note: Yes our insurance is awesome; our provider said we have assembled the best corporate plan in the entire state.

Anyway, I literally do not know how to handle such a sensitive issue with the employee. We are only a company of 80 people so we have no HR person to give us guidance on this. X is A+ across the board in performance; no other issues. But at the end of the day, X’s decision to not take care of their very treatable medical needs is subjecting the entire company to misery and lots of eye-rolling. I just can’t say that to them for obvious reasons.


In other words, can an employer ask an employee to stop groaning in pain all the time if she refuses to seek medical treatment?

For my answer, jump over to Ask a Manager.

* Photo by Jon Tyson on Unsplash