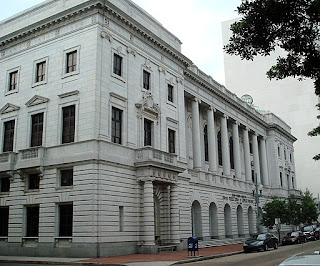 In a 22-page opinion issued last night that I can only describe as a scathing rebuke of OSHA's vaccine-or-test emergency temporary standard, the 5th Circuit Court of Appeals formally granted a stay of the ETS pending a full review of the pending motion for permanent injunction, and further ordered that "OSHA take no steps to implement or enforce the Mandate until further court order."

The Court found the ETS to be "fatally flawed" for many reasons.

The Court also addressed constitutional concerns (which I find much less compelling), a lack of irreparable harm, and harm to the public interest.

While I agree with the 5th Circuit statutory arguments outlined above, I also think that the 5th Circuit oversteps in parts of its analysis. For example, phrases like "a naturally immune unvaccinated worker is presumably at less risk than an unvaccinated worker who has never had the virus," and "liberty-restraining pronouncement" call into question the court's perspective.

The Court also errs in its reading of OSHA's authority.

Health agencies do not make housing policy, and occupational safety administrations do not make health policy. In seeking to do so here, OSHA runs afoul of the statute from which it draws its power and, likely, violates the constitutional structure that safeguards our collective liberty.

The 5th Circuit makes one key omission in that statement. OSHA isn't the Occupational Safety Administration, it's the Occupational Safety & Health Administration. It is absolutely within OSHA's purview to regulate to protect employees' health in the workplace. This error notwithstanding, I ultimately agree with the 5th Circuit that this ETS oversteps OSHA's authority in its overbreadth and underinclusiveness (an argument I've been making since President Biden first announced this ETS).

What happens next? There are similar challenges pending in every Circuit Court of Appeals except the 10th. Under the Multidistrict Litigation statute, the MDL Judicial Panel will hold a lottery (likely on Tuesday, November 16) to determine which of these 11 courts will hear one case consolidating all of these lawsuits. That one court can permit the 5th Circuit's stay to continue or can vacate it. The fate of this ETS likely rests on the luck of which Circuit wins the draw.

Stay tuned. While the 5th Circuit has ordered OSHA to "take no steps to implement or enforce the Mandate until further court order," the best course of action for employers is to continue to prepare as if the ETS takes effect as planned. Otherwise, if the lotto-winning Circuit, and perhaps eventually the Supreme Court, ultimately upholds the legality of the ETS, employers that use the 5th Circuit's stay as a justification to ignore the ETS and take no steps to prepare will be caught with no time to implement it.