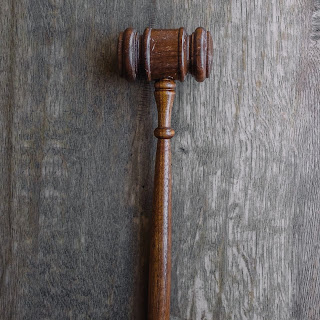 Earlier this year, the Senate took up the Forced Arbitration Injustice Repeal Act. It would, among other things, prohibit employers from requiring employees, as a condition of employment, to sign agreements submitting employment and civil rights claims to arbitration in lieu of filing in court. According to Vox.com, this legislation has some initial bipartisan support, and has some legit traction to perhaps become law.

I am on record as not being a fan of arbitration for employment disputes. I do not believe they are any less expensive or time consuming that in-court litigation. In stead, I've previously argued for tools such as contractually shortened statutes of limitations and jury waivers as tools employers can to limit risk instead of arbitration agreements.

What does a jury waiver look like, and in what circumstances do courts enforce them. A recent Ohio appellate decision provides the answer.

In Kane v. Inpatient Med. Servs., the employer required its employees, as a condition of employment, to sign an employment agreement that contained the following jury trial waiver.

Waiver of Jury trial. EACH PARTY HERETO ACKNOWLEDGES AND AGREES THAT ANY CONTROVERSY WHICH MAY ARISE UNDER THIS AGREEMENT IS LIKELY TO INVOLVE COMPLICATED AND DIFFICULT ISSUES, AND THEREFORE EACH PARTY HEREBY IRREVOCABLY AND UNCONDITIONALLY WAIVES ANY RIGHT SUCH PARTY MAY HAVE TO A TRIAL BY JURY IN RESPECT OF ANY LITIGATION DIRECTLY OR INDIRECTLY ARISING OUT OF OR RELATING TO THIS AGREEMENT AND ANY OF THE AGREEMENTS DELIVERED IN CONNECTION HEREWITH OR THE TRANSACTIONS CONTEMPLATED HEREBY OR THEREBY.

Undoubtedly, the waiver provision is broad. It encompasses "any litigation directly or indirectly arising out of or relating to this agreement and any of the agreements delivered in connection herewith or the transactions contemplated hereby or thereby." This Court must conclude that Ms. Kane's claims alleging discriminatory termination at the very least indirectly arise out of or relate to Ms. Kane's employment agreement.


She also argued that the jury trial waiver as a whole was invalid, as she did not she did not voluntarily, knowingly, and intelligently waive her right to a jury trial." Again, the appellate court disagreed, noting that courts apply the following five factors to determine if a "jury waiver was was entered into knowingly, voluntarily, and intelligently."


In this case, the court concluded that the five factors merited the enforcement of the jury waiver.

We note that while the provision appears towards the end of the agreement, the provision is nonetheless conspicuous as it appears in all capital letters while most of the agreement does not. Ms. Kane has not argued she was unaware that the provision was in the agreement. Ms. Kane is a college-educated professional with experience negotiating contracts. In fact, there was evidence that Ms. Kane negotiated a higher salary prior to accepting an offer of employment. There was no evidence presented that would indicate Ms. Kane did not have a meaningful choice with respect to the waiver. And while the record does not indicate whether Ms. Kane was represented by counsel at the time she was offered a job, the employment agreement does contains a clause indicating that Ms. Kane "had the opportunity for th[e] Agreement to be reviewed by counsel[.]" Ms. Kane's mere assertions that she did not understand she would be waiving her right to a jury trial for these claims is insufficient under the circumstances to demonstrate that the waiver was not entered into voluntarily, knowingly, and intelligently. We cannot say that the waiver is unduly complicated or confusing such that someone of Ms. Kane's background would not have understood the scope of the right she was waiving.


Thus, if you seek for employees to contractually waiver their right to a jury trial, you should ensure:

I love the Kane case, because it gives employers something to think about other than, "Everyone else loves arbitration agreements, so we do too." After careful deliberation, you might decide that arbitration agreements are the correct answer for your employees and your business. Before making that decision, however, consider the risks, benefits, and alternatives. You might just decide that jury waiver is the right solution.


* Photo by Wesley Tingey on Unsplash