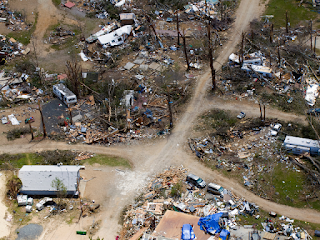 Thus far, eight employees have tragically died inside the Mayfield Consumer Products candle factory from the tornado that tore through Mayfield, Kentucky, and left the factory a pile of rubble. That number, however, could have been much less.

According to NBC News, as the storm warnings came and tornado sirens blared, as many as 15 employees asked managers for permission to leave so that they could take shelter in their own homes. Instead of granting permission, managers threatened to fire anyone who left their shift early. Now at least eight employees are dead, and many more are injured.

According to one employee, Elijah Johnson, "I asked to leave and they told me I'd be fired. Even with the weather like this, you're still going to fire me?" He told NBC News that the manager's answer was an unequivocal, "Yes." He added that "managers went so far as to take a roll call in hopes of finding out who had left work."

Bob Ferguson, a spokesperson for the company, denied those allegations. "We've had a policy in place since Covid began. Employees can leave any time they want to leave and they can come back the next day." He added that no one told employees they'd be fired if they left their shift.

OSHA, as well as lawyers for the families of the deceased and injured, will sort out the truth of what happened. If management threatened employees' jobs if they left during their shift, OSHA citations and large penalties will come. While workplace fatalities and injuries are typically covered by workers' compensation laws which shield employers from tort liability, I can also envision an argument for an intentional tort, which would strip the employer of any immunity from liability for workplace injuries or deaths.

What should an employer do to prepare for a situation like this one? While OSHA does not require evacuation drills, it does require almost every business to have an Emergency Action Plan. OSHA offers some A-plus tips for drafting your EAP, here. I also recommend this checklist, published by the Minnesota Department of Public Safety, which specifically addresses tornado preparedness for businesses.

One issue neither document addresses, but which should be one of common sense and basic human decency:

Don't threaten your employees with termination if they leave work to stay safe during a weather emergency … ever … period.