PLEASE, I’m freaking begging you, DO NOT use social media to determine applicants’ race and gender 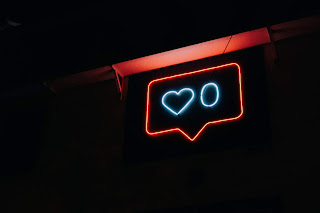 Almost as long as social media has existed, employers have searched social media to dig up dirt on prospective employees. There is nothing illegal about these searches … provided you don’t use the information unlawfully. For example, to discriminate on the basis of a protected class.

If Lisa McCarrick, a former Amazon manager, wins her lawsuit against the online retailer, Amazon is going to learn this lesson the hard way.

According to NBC News, McCarrick claims that Amazon fired her after she complained to her supervisor about being made to scour the social media accounts of applicants to determine their race and gender.

McCarrick joined Amazon as a loss prevention manager in July 2018 and was promoted to a regional manager five months later, the suit says.

After her promotion, her supervisor instructed McCarrick to go through the social media profiles of job candidates “for the purpose of ascertaining race/ethnicity and gender,” according to the lawsuit.

In September, she submitted a written complaint raising her concerns about being told to scour applicants’ social media accounts…. Two months later, in November, she was called into a meeting with human resources and the director of loss prevention informing her that she was fired.


I am not going to begin to suggest that employers refrain from searching publicly available information on social media to help screen candidates. Social media can provide a treasure trove of information that could disqualify someone from employment. Wouldn't you want to know, for example, if a prospective employee trashed a former employer, or shared a former employer's confidential information, or posted racist comments?

What you cannot do, however, is use social media to screen candidates on the basis of race, gender, or any other protected class. This should be common sense, right? Right?

* Photo by Prateek Katyal on Unsplash