Does it violate the ADA to work an employee in excess of a work restriction? 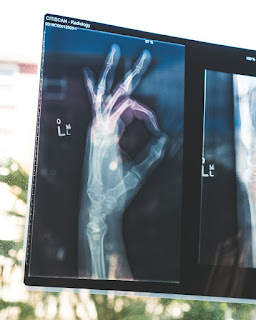 Rita Morrissey is a licensed practical nurse who worked for 15 years for The Laurels of Coldwater, a skilled nursing and rehabilitation center. In 2012, she injured her back outside of work, and submitted a note to her employer from her primary care physician limiting her to no more than 12 hours of work per shift. Coldwater refused the accommodation, telling Morrissey that it would not accommodate any medical condition that did not stem from a work-related injury.

Over the next three-plus years, Morrissey worked more than twelve hours eight different times, but it does not appear she was mandated to do so. Indeed, on each occasion, she worked no more than 15 extra minutes.

Morrissey’s situation escalated in January 2016, when Coldwater mandated her to work a 13.5-hour shift. Morrissey testified that she reminded her manager about her 12-hour work restriction, but the manager responded that she had “no control” over the situation. Five days later, Coldwater management again told Morrissey she had to work more than 12 hours, this time a 16-hour shift to cover for another nurse who had called off from work. Morrissey walked off the job and never returned.

In Morrissey v. Laurel Health Care Co. (6th Cir. 12/3/19) [pdf], the 6th Circuit concluded that Morrissey had present more than sufficient evidence to overcome her ex-employer’s motion for summary judgment on her failure to accommodate claim.

Viewing the evidence in the light most favorable to Morrissey, it shows that: (1) Coldwater had a blanket policy of denying accommodations for all non-work related disabilities, (2) Coldwater knew that Morrissey was under a twelve-hour work restriction, (3) Morrissey requested an accommodation, (4) Coldwater forced her to work beyond that restriction on January 31, 2016, and (5) Coldwater attempted to do so again five days later. On these facts, Morrissey’s overages from 2012-2015 are inconsequential. But, Coldwater’s argument improperly ignores the fact that it forced Morrissey, a disabled employee, to stay and work in excess of her physician instituted medical restriction—and attempted to do so again five days later. The record shows that Morrissey asked Coldwater for an accommodation due to her disability, and Coldwater did not accommodate her. She was not required to establish anything more for her claim to ripen.


What can we learn from this decision?