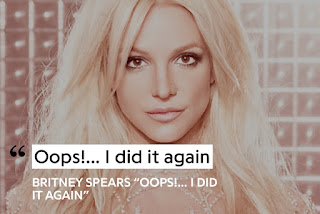 Wesley Wernecke, an ex-employee of New York event planning company Eventique, claims in his recently filed lawsuit that the company intentionally alienated him, ostracized him, and shut him out of the business after its CEO learned Wernecke was gay.

NBC News shares the details of the allegations in Wernecke’s lawsuit.

Wernecke had just begun to work for Eventique …when [CEO Henry Liron] David began to push him out of his role….

A week after he was hired, Wernecke’s coworkers commented on his “girly” engagement ring. When a co-worker asked if his wife wore a similar ring, Wernecke replied that his partner, Evan, did.

From that point on, tension developed between Wernecke and his co-workers and David that had not existed before, according to the complaint.

In the interim months, the complaint alleges, Wernecke was ostracized and excluded from professional meetings and office social events, passed over for assignments with large commissions and subject to discriminatory remarks.

David … would exclude Wernecke from company lunches and frequent after-work drinks with “the fellas” in his office, the lawsuit states, and at one point, David gave an account Wernecke had been working on to another employee without consulting Wernecke.


These allegations, however, are the least of Eventique’s problems. According to Wernecke’s lawsuit, David significantly cut his salary (from $145,000 to $58,000.) David’s justification (again, according to the lawsuit): so that Wernecke’s pay would be on par with “the other females in the office.”

My advice to Eventique? Get out ahead of this issue, conduct a pay equity audit as soon as possible, and adjust salaries and wages as needed. Because if I’m a woman working at Eventique, I’m interviewing employment lawyers this week. My gut, however, tells me that if a CEO is brazen enough to (allegedly) make those statements, he’s brazen enough to take this lawsuit head on.