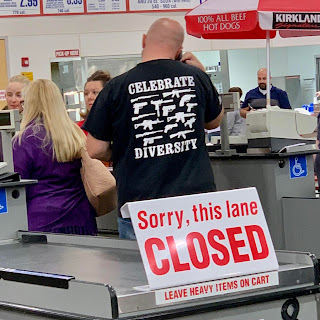 A jury has awarded a St. Louis County police officer nearly $20 million over allegations that his superiors repeatedly denied him a promotion because they thought him too gay.

According to The Washington Post, the sergeant had more than 15 year of experience when he applied for a promotion. “The command staff has a problem with your sexuality,” he was told. “If you ever want to see a white shirt [i.e., get a promotion], you should tone down your gayness”, which was “way too out there.” The St. Louis Post-Dispatch adds that a captain had also referred to the plaintiff as “fruity.”

After the verdict, the jury foreman told reporters that they wanted to “send a message.” He added, “If you discriminate you are going to pay a big price. … You can’t defend the indefensible.”