The EEOC asks the Supreme Court to legalize sex discrimination 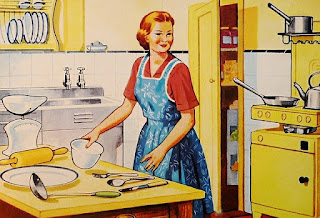 
“Sex stereotyping by itself is not a Title VII violation”

It’s astounding that the EEOC is arguing that Title VII’s prohibition against discrimination because of sex does not prohibit employers from discriminating on the basis of stereotypes related to sex. Indeed, a ruling in the EEOC’s favor on this issue would dramatically change workplace protections for all women—LGBTQ and non-LGBTQ. In other words, it would legalize discrimination against men with long hair and women with short hair, women who wear pants (one of the actual issues in Price Waterhouse); men who are primary caregivers to children or parents; and women who are the primary breadwinners for their families or otherwise work outside the home. It won’t just take us to pre-1989, but to pre-1959.

While I have my doubts over this Supreme Court doing the right thing on the overarching issue of LGBTQ discrimination, I’d be shocked if the court went so far as to legalize all sexual stereotypes in employment. Regardless, we should all be appalled that the EEOC, the federal agency charged with protecting civil rights in employment, would even make the ask.

* Image by Oberholster Venita from Pixabay