#MeToo hasn’t killed the office romance, just the inappropriate ones 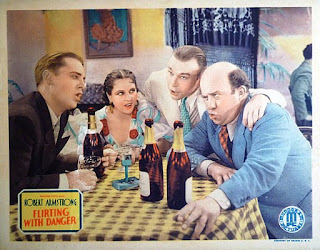 According to the National Review, #MeToo killed the office romance.

It must be a brave soul who dares to strike up a flirtatious conversation at the workplace microwave these days. Only ten percent of Americans report having met their mate at the office, a level that is half what it was in the 1990s.


The article goes on to quote Ella Whalen, writing for Spiked.


But in the post-#MeToo office, unless you send a memo to the guy you fancy, signed with your consent at the bottom, it is understandable that he wouldn’t want to make the first move for fear of being hauled before human resources. While most normal guys are able to tell whether a woman likes them or not, the erasure of any ‘grey area’ in workplace interactions means more and more people are feeling nervous about taking the first step.

Companies are responding to the sexual-harassment panic by banning alcohol from office parties and instituting policies on how long and how close personal interactions should be. Bosses who hug their employees are even making headline news. …

It’s time to rebel against these attacks on workplace romance. So wear your lowest top to your next board meeting and linger too long by your colleague’s desk. We need to make the workplace a humane environment where sparks can once again fly.

There’s nothing inherently illegal about co-workers dating each other. In fact, according to a recent survey, 31 percent of people who met and started dating while working together ended up getting married (to each other).

Still, there’s a lot that can (and sometimes does) go wrong when employees get romantically involved.

Which doesn’t mean that employees shouldn’t date; it just means that employers need to understand that permitting office romances amplifies the risk of claims of discrimination, harassment, and retaliation, especially when the parties involved are a manager or supervisor and his or her subordinate.

The question, then, isn’t whether these relationship are illegal (they’re not), but how much risk you, as an employer, want to assume in the event a relationships sours, or other employees feels shunned or mistreated as a result.

I recommend avoiding the first option and not banning them outright because of a knee-jerk reaction to #MeToo. That’s just lazy employee management. Not all workplace relationships are toxic or unlawful, and if you’re diligent in your anti-harassment training and other efforts, you’ll be able to spot, catch, and handle the ones that are.