Job applicant told, "Your sexuality may be an issue with the atmosphere of the office environment." 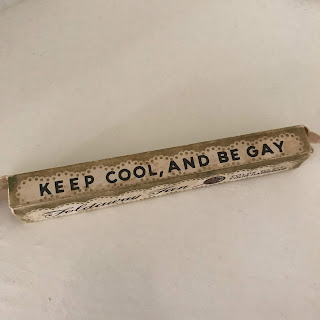 I found the following story posted to the legaladvice subreddit. It's titled, "Turned down for a job, asked what the issues were. Told 'your sexuality may be an issue with the atmosphere of the office environment'."


I made it to the third interview that was directly with the head of the division on Wednesday…. The interview went pretty well with a few odd questions….

Questions along the line of "Do you gave [sic] a girlfriend or fiance at home?" "No, but I do have a significant other and he's entirely understanding of the importantance [sic] of finishing up a project on time and correctly" "You have a boyfriend? You seemed very masculine, very well let's move on" and more basic questions ending in "We have a lot of office/family events, would your boyfriend be joining us?" "Yes, of course he would if he was available".…

Today I received a call from HR thanking me for my time however I am not being offered a position.… HR was really nice and … gave me the head of the divisions email so I could connect with him a bit more.…

So I sent him an email earlier in the day thanking him for his time and politely asking about other positions and very nicely asking is there anything I could have improved on or can work on currently to make myself more suited for the company. What I got back was quite different than I was expecting.…

"Your sexuality may be an issue with the atmosphere of the office environment I have helped create here. Thank you for your interest in (company) however I will not be able to have you work in my department now or in the future."