When losing is really winning: SCOTUS rules in favor of bakery in gay wedding cake dispute, but… 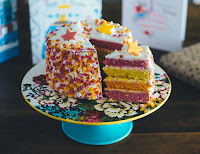 A lot of digital ink has been spilled in the last day decrying the Supreme Court’s ruling in Masterpiece Cakeshop v. Colorado Civil Rights Commission as a win for the religious right and a step backward for LGBT rights. I was guilty of a little Twitter hyperbole myself after a quick first scan of the opinion.

Also, this does not give me a ton of hope that #SCOTUS will get LGBT employment issues right when that issue reaches them.


Then I sat down and read the opinion.

Quite contrarily to my initial reaction, the opinion is a nice victory for the LGBT community.

The issue in the case was whether a bakery had the right to refuse to sell a wedding cake a gay couple based on the business owner’s sincerely held religious beliefs.

The Court did not conclude, nor do I think it would ever conclude, that a business has a 1st Amendment right to refuse service to a same-sex couple.

In fact, all nine members of the Court, myriad times, recognize the fundamental rights of LGBT individuals. Here’s the money quote, as least as far as concerning LGBT rights:


Our society has come to the recognition that gay persons and gay couples cannot be treated as social outcasts or as inferior in dignity and worth. For that reason the laws and the Constitution can, and in some instances must, protect them in the exercise of their civil rights. The exercise of their freedom on terms equal to others must be given great weight and respect by the courts.


If anyone tells you that gay rights lost at the Supreme Court, or that a business can refuse to sell to someone because of their LGBT status, you are now armed with the knowledge to tell them how so wrong they are. And, this case gives me hope that when other LGBT-rights issues reach SCOTUS (LGBT discrimination as sex discrimination, I’m looking right at you), SCOTUS will reach the correct and just outcome.